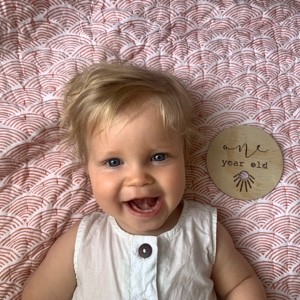 By Jaiden Millner Join Me

On 9th Sept last year our beautiful Mahlo had a stroke in utero which though unbeknownst to us at the time, triggered the chain of events that led to his emergency birth and rough start to life.

After being told this shocking news when our precious baby was only 8 weeks old, we were sent on our way with just a referral to see a paediatric neurologist with a several month long waiting list and a casual mention that we should probably start taking him to physiotherapy. We didn’t receive any counselling and weren’t provided with any resources or further information to help us come to terms with the significant & life changing diagnosis we had just received. The months that followed while we waited for our appointment with the neurologist were filled with grief, despair and confusion as we grappled to understand how this could have happened and what it would mean for Mahlo’s future and the future of our family.

We were desperate for some sort of guidance however quickly realised that there were way more unknowns and uncertainties than answers, and we really started to loathe being told that we’d just “have to wait and see” in response to our questions. We learned that perinatal strokes are in a ball game of their own with long term outcomes being far more difficult to predict than in adult strokes, and though they occur in around 1 in 2500 births, research is really lacking and there is little awareness both in the community and amongst health professionals. For lots of survivors not only does this mean a critical delay in diagnosis and the commencement of invaluable therapies that can drastically change long term outcomes, but it also means a lack of access to helpful resources and an absence of support when you need it the most, which further compounds the grief, despair and isolation felt after a diagnosis.

Thankfully it was during this excruciating time  that I discovered Little Stroke Warriors, a part of the Stroke Foundation created by two mothers who had been in exactly the same boat as us. For the first time we had support, resources and information to give us some clarity and most importantly, some hope.

So, it is for this reason that for Mahlo’s first birthday we would like to raise money for Little Stroke Warriors & the Stroke Foundation in order to fund more research and awareness surrounding perinatal strokes and also provide support and resources to families. We would love to see a world where perinatal strokes can be prevented but if that’s not possible then a world where they are at least quickly recognised, thoroughly understood and consistently well-managed would be life-changing for so many.

To Mahlo, with all our love 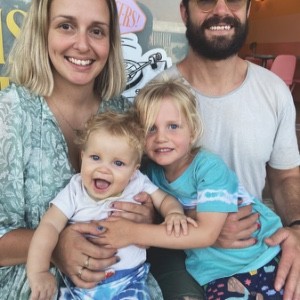 For Mahlo and all the other little warriors xx

You guys have navigated the unknown like true superheros it’s no surprise you have made a strong and clever little warrior 💛 happy birthday Mahlo, your smile makes this world a brighter place! We love you x

Sending lots of love to the little warriors 💞

Huge love to you guys, Mahlo is so lucky to have resilient, loving, persistent parents by his side x

So good to know that you were able to find an organisation that is so supportive, and what a good idea to set up a fundraiser for it in beautiful Mahlo's name. Love this, and you all, so much!

Lots of love, The Tonkes'

Happy Birthday Mahlo. So grateful for organisations like this. Well done Jaiden and Rory for doing such an awesome job, he looks like the happiest little guy xx

Thankyou for sharing your story, I hope to see more research in this area. I wish you and your family all the best and happy first birthday to your brave little Mahlo.

How lucky Mahlo was to land such an outstanding family. Wishing you all the best moving forward Xx

Love to you all 🥰

Can’t imagine how difficult this must have been, thanks for sharing and raising awareness xx

So sorry to hear you guys went through a difficult diagnosis and happiest of birthdays to your Son.